Fitness trackers, or “health trackers,” have the potential to be quite useful.  But most of them are, frankly, ugly, so I wanted to take a closer look at a few options that are more aesthetically pleasing than most.  Today I’ll be talking about the Bellabeat — specifically the Bellabeat Leaf — and then tomorrow I’ll talk about a couple other options.

Why the Bellabeat Leaf?

Bellabeat fitness trackers are very similar to a Fitbit, except they’re designed specifically with aesthetics in mind (particularly for women).  There are several different styles; this one is the Leaf.  It looks like a piece of jewelry.  In fact, it’s pretty enough that I’ve gotten numerous compliments on my “bracelet” before even telling people it’s a fitness tracker!

There are three ways to wear it.  You can wear it as a clip, around your wrist as a bracelet, or on a chain as a necklace.  (Be sure to set your app settings appropriately, because it “reads” your movements a little differently depending on where and how you’re wearing it.)

Wear it As a Bracelet

My preferred way to wear the Bellabeat is as a bracelet, because it simply feels more secure to me and is most out of my way.  It’s about the size of a large watch.  I have a very small wrist and wear it on the smallest or second-smallest hole.  The included band is narrow and designed to wrap around a couple times.

Unfortunately, the band isn’t very sturdy.  After only around a week, it was splitting.  It’s also somewhat awkward to get through the slot because the angle you have to pull it through at isn’t a very natural angle for pulling something through once it’s on your wrist.  Since this has to be redone every time, this really wears on the strap.  The end of the strap keeps popping out of the little holder, too (the loop that’s supposed to keep it in place).  These are minor annoyances that I’d like to see fixed, but apart from the splitting, they aren’t too severe.

Another minor annoyance for me, related to wearing the device as a bracelet, but not a flaw of the Bellabeat itself, is that the positioning of the device can sometimes be a bit awkward when wearing it this way.  It’s a little tricky to wash my hands with something on my wrist, and I feel the need to take it off if I’m working with raw meat or something, which reduces the convenience factor a little.

Note that the device originally comes with a clear plastic “backing” on it — much like what you might find on a new cell phone screen.  I didn’t realize this at first and couldn’t figure out why I couldn’t get the strap through the hole, so be aware of that.

You can buy other bands, on Etsy, etc., so if the band is your only concern, keep that in mind.  An alternative strap might take care of the problem.

Wear it As a Necklace

You can also wear the Bellabeat as a necklace.  The necklace chain it comes with is very fine.  Personally, I found this awkward for a couple of reasons.  It didn’t feel very sturdy.  I also don’t usually wear delicate jewelry because it looks a little weird on me.  And I felt like the device was likely to track certain things more accurately if it was up against my skin and not just swinging freely (although I don’t know whether that’s actually the case).

Wear it As a Clip

The third option is to simply clip it onto your clothing, without any extra straps, etc.  This option is a bit finicky.  The garment has to be thin enough for the clip to slide on without stretching out of shape, but sturdy enough to not flop over under its weight.  I didn’t find many garments really worked well with this option, unless I was wearing it inside my clothes — which defeats the purpose of its looking nice!  Still, it’s useful to know it has that flexibility.

Setting Up the Bellabeat Leaf

The setup was somewhat frustrating.  It took me about three or four tries to get the device to connect & sync.  (It uses Bluetooth.)  However, once I finally got it connected, it worked well.  I have an older phone, a Samsung Galaxy S4, and often run into compatibility issues, but the Bellabeat and its app work just fine with my phone.

As previously noted, be sure when you set it up to go in and check that the app settings reflect where/how you’ll be wearing your Bellabeat.

How Well it Works

It’s hard to be completely certain how accurate the data is in an app like this, because how do you know unless you measure it against the data from another device?  And if they don’t match, how do you know which one is “off”?  But from what I can tell, it seems to track my sleep okay.  (It recognizes when I wake to nurse the baby.)

It tracks movement, and I think it’s fairly accurate about that, as well.  This, in particular, is where it’s going to be somewhat confused if your location settings are wrong.  (If the app thinks it’s tracking something you’re wearing on your wrist and it’s actually on your hip, for instance, the data will not be quite right.)

You can track your menstrual cycle in the app, but I don’t think the device actually records any relevant data for that.

There are a few quirks, and things to be aware of.

The device sends inactivity alerts.  This is weird and disconcerting for me.  Basically, if it thinks you’ve been still for too long, it will vibrate.  It feels like it “buzzes” at you.  I about jumped out of my skin the first time it did this.  And since the device can’t speak, you’re left trying to figure out what it was trying to communicate.  (I wondered if it was telling me the battery was low!)  You can temporarily disable the inactivity alerts from within the app.

In order to send these alerts, to update, etc. the Bellabeat uses Bluetooth.  And you can’t turn it off.  For those who are concerned about having a device nearby that constantly has wireless in use might find this objectionable.

Something else I didn’t initially realize is that the device apparently has to reactivate every time you put it back on — such as after a shower.  The first time I put it back on after showering, it wasn’t tracking any data because I didn’t know to activate it again.  (Activating it is fairly simple.  You just double-tap the device with your fingers while in range of your phone.  But you have to know to do it!)

The Bellabeat Leaf has its quirks and, like any device, it’s imperfect.  But I think it’s a good value for the money, and  it’s been a reasonably practical choice for me to wear regularly.  The app is pretty simple to use, and it just works without my having to jump through any hoops, which makes the data it collects easily accessible.  The designers have really done a good job with this product. 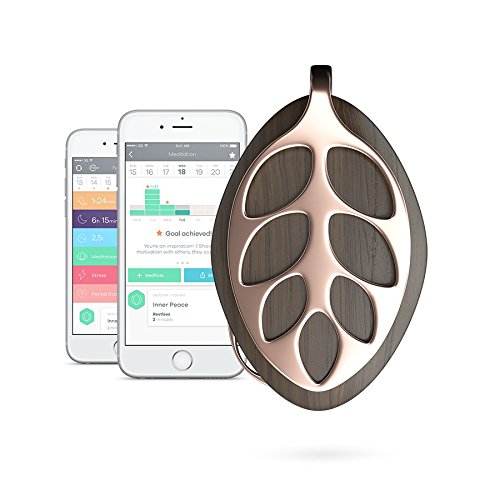 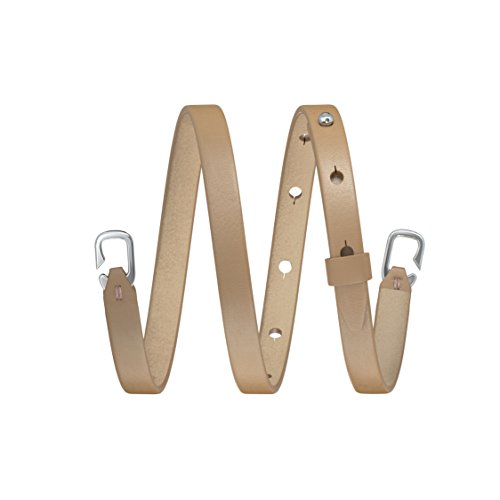 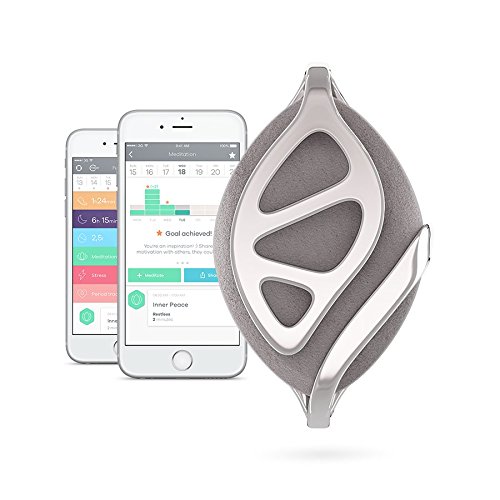