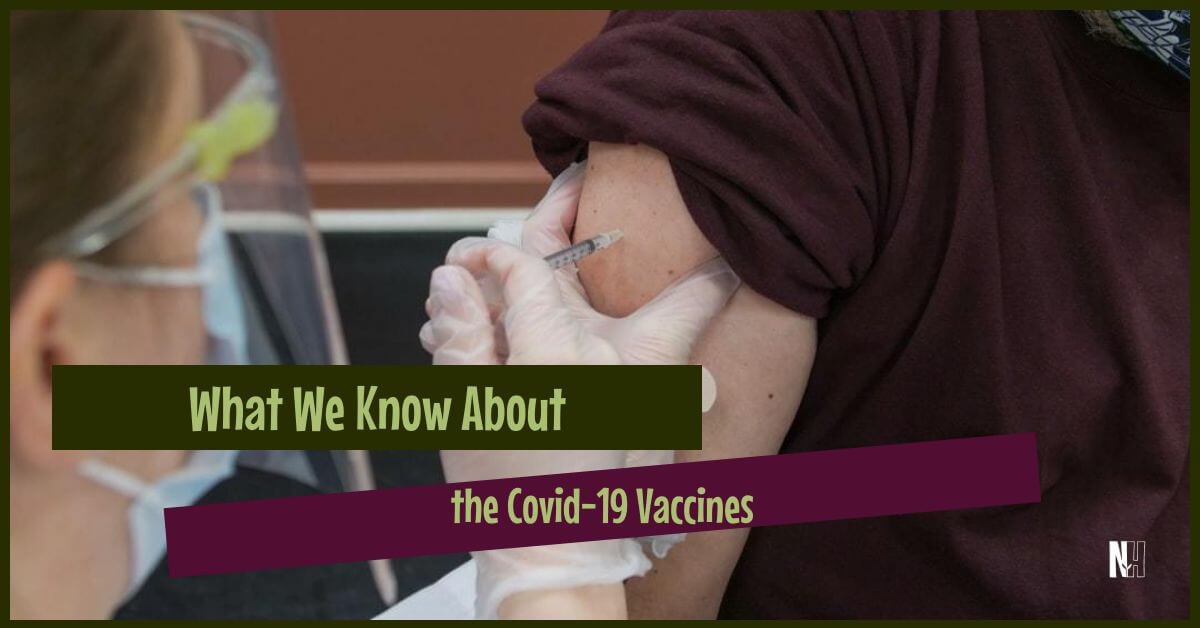 There’s a lot of misinformation floating around about the Covid-19 vaccines.  I’m going to try to present some straight-up facts here.  If they seem lopsided…well, that’s just the nature of the facts.

This information is representative of the Pfizer vaccine and, in most cases, the Moderna vaccine, which sort of “slipped into” public use under the radar, with less information publicly shared.  Both of these are mRNA vaccines.

Note: Since this post relies heavily on the official reports on the Pfizer and Moderna vaccines, they’re linked at the bottom of the post, and I haven’t linked them throughout the post.

What is an mRNA Vaccine?

First of all, what is an mRNA vaccine?  This is a new technology — never before used on a widespread basis (although the same basic technology has been used on a small scale for things like cancer treatments — and it isn’t really a vaccine, properly speaking.

A vaccine, according ot the CDC, is “a product that stimulates a person’s immune system to produce immunity to a specific disease, protecting the person from that disease.” 1  This is not exactly what the Pfizer/Moderna “vaccines” do, as we’ll see shortly.

mRNA stands for “messenger RNA,” or “messenger ribonucleic acid.” Messenger RNA is a little piece of code that tells a cell to make a particular protein.  The body naturally produces certain bits of mRNA all the time as part of its everyday functions.  It’s a little like inter-office memos telling different parts of the body what’s needed at any given time.

An mRNA “vaccine” uses a bit of mRNA synthesized in a lab to give cells an instruction that we want them to have.  This mRNA is wrapped up in, essentially, fats in order to allow it to slip inside the cells.

What might surprise you is that the mRNA in these products doesn’t instruct the body to produce antibodies.  It instructs it to produce part of the virus. 2

Let me say that again: the mRNA “vaccines” instruct your body’s own cells to produce a spike protein from the virus’s genetic sequence.

Now, the hope/assumption is that once your body is pumping out spike protein, it will also respond to that protein by creating antibodies.  But this is an indirect, not a direct, process.

Effectiveness of the Vaccines

Pfizer reported 95% efficacy for their vaccine.  But what does that really mean?

It means that 162 placebo recipients and 8 vaccine recipients experienced at least one of a given set of symptoms (see below) 7 or more days after the first dose of the vaccine, and subsequently tested positive on a PCR test.

Placebo or vaccine recipients who did not report any of the below symptoms were not tested at all during this phase of the study.  We have no idea how many of them might have tested positive (unlike the actual wider population, where people are being tested at the drop of a hat).

So we don’t know if the vaccine reduces deaths, reduces hospitalizations, or even if it reduces infectiousness/transmission — or if it merely makes people more likely to “pass the test.”  These other things simply were not end points the companies bothered with in their studies.  (Last I heard.  Some additional end points were expected to come later, but hadn’t been completed/reported last I heard.)  Pfizer even outright admits that “These data do not address whether vaccination prevents asymptomatic infection…”

Moderna’s vaccine varies slightly in the details, but is essentially similar.

Perhaps most importantly, the definition for being a Covid-19 case in the studies is much more limited than the definitions being used in the real world.

The end point studied for these products was whether they reduced symptoms which were also then confirmed by PCR test.  But in exchange, a large percentage of recipients experience strong symptoms as a direct result of the vaccine itself.

This nurse, for instance, ended up with a fever of 104.9 — a situation that would alarm most medical professionals under ordinary circumstances.  Not everyone develops a high fever, of course, but a large enough percentage of recipients develop severe enough effects to miss work that some medical facilities are staggering administration so they don’t lose all their staff at once.

“This report does not address the prevention of Covid-19 in other populations, such as younger adolescents [than 16], children, and pregnant women.” (Pfizer)

Moderna and Pfizer tested slightly different populations, but they’re largely comparable.  These vaccines have not been tested in pregnant women, children, or in those with certain health concerns — yet the vaccine is being administered in all of those populations.  (Not so much in children, due to the limited supply, but I have read about a few.)

Some of these study limitations lead us to another important point: the vaccines are not (currently) FDA-approved.  They have an “Emergency Use Authorization,” which is different. 3

Emergency Use Authorization from the FDA requires a lower standard of evidence than full approval.  For some people, that may be a mere technicality, but it’s a technicality to be aware of so as not to be misled by inaccurate media reports.

Can the mRNA Become a Permanent Part of You?

One of the concerns raised, especially given the limited evidence currently available, is whether the mRNA can become a permanent part of the recipient’s own DNA.

By design, it doesn’t.  The mRNA is intended to deliver its message and be done, and we have no reason to believe that it universally does otherwise.

However, there are certain conditions under which it could potentially “go rogue” and be reverse-transcribed into the human host’s genes.  Several people much more knowledgeable than I am about genetics have explained how and why this is. 4 5

The potential for damage to fertility and for the development of autoimmunity are additional concerns.

The spike protein these products induce the body to make — and hopefully fight — is very similar to proteins created naturally by the human body, including in the placenta and in sperm.  If the body mistakenly cross-reacts (something we know has happened with some previous vaccines) to these similar substances, this could result in autoimmune disease and/or infertility.

These risks are currently theoretical, but there’s inadequate research to determine whether or not they occur in practice.

What we do know is that a subset of individuals receiving the vaccines are experiencing very serious adverse effects.  In fact, there have been enough cases of anaphylaxis that the vaccines are recommended to only be administered in locations where staff are equipped to resuscitate people!

There’s some suspicion that polyethylene glycol (PEG) may be the allergenic component. 6

In the first 5 days of the rollout alone, more than 2% of vaccine recipients experienced significant enough negative effects that they were “unable to perform normal daily activities, unable to work, [and/or] required care from doctor or health care professional” — including about 3 in 100,000 confirmed anaphylactic reactions. 7  The overall number was likely higher, since some of those individuals would not have had time yet for the adverse effects to kick in.

Pfizer obscured the risk of reactions in the New England Journal of Medicine article, where they indicated that “reactogenicity was generally mild or moderate, and reactions were less common and milder in older adults than in younger adults,” and that, “few participants in either group had severe adverse events, serious adverse events, or adverse events leading to withdrawal from the trial.”

Reactions significant enough to interfere with daily life, but not considered life-threatening (or similar) are buried among a variety of subcategories.

The final major concern is the potential for pathogenic priming. 8  This is a long-term kind of effect, so we don’t yet know how large a threat it presents.

Pathogenic priming occurs when a later exposure to a given pathogen results in an increased, rather than decreased response.  We hope that by exposing the body to an illness through a vaccine, when it later encounters the “real world” illness, the response will be milder than it would be without the earlier exposure.

When vaccines for the original SARS virus (SARS-CoV-1) were tested in animals, this is not what happened.  The vaccinated animals instead got very, very sick.  Those studies were abandoned, with strong warnings about the safety issues inherent in continuing that line of investigation.

As we’ve previously observed, the current vaccines for Covid-19 are different in nature from traditional vaccines.  But animal studies were fast-tracked.  Although there was evidence that the test animals developed antibodies, I haven’t seen any published research about what happened to the animals afterward.

Given that the human studies so far have been short-term, pathogenic priming is still an open question.

For some readers, the ethical question is also one to consider.  Given the nature of an mRNA vaccine (it’s synthesized, not grown), fetal cell lines are not used in the production of the vaccines themselves.  However both companies rely on human fetal cell lines during at least one stage of development and/or testing. 9

We’ve already established that the definition of Covid is narrower in the studies than in real life, so the numbers aren’t all equivalent, but if we assume that the rate of “Covid” in the studies is roughly correspondent to “symptomatic Covid” in the real world, then this would suggest (using the CDC’s estimated 0.4% mortality rate for symptomatic illness 10) a raw risk of death of less than 0.03%.

A Few Other Random Bits

Pfizer and Moderna both did (surprisingly) use saline placebos in their trials.  (Although saline, when injected, is not as inert as the general public probably thinks. 12 13 14)

The manufacturers are protected from liability where these products are concerned. 15  Unless “willful misconduct” can be demonstrated, nobody is liable if you’re harmed or killed by the vaccine.  This becomes a more significant issue when employers or localities require the vaccine — that no one is accountable for.

The vaccines require very cold storage.  Originally, the Pfizer vaccine was said to require storage at -112 to 176 degree Fahrenheit.  Just within the last few days they’ve requested the FDA consider new data which allegedly indicate the product is stable at -13 to 5 degrees Fahrenheit, which is much easier to manage. 16 It isn’t clear why the company would have claimed the product needed such inaccessible storage conditions if, in fact, it does not.  The Moderna vaccine already allowed for this higher temperature range. 17 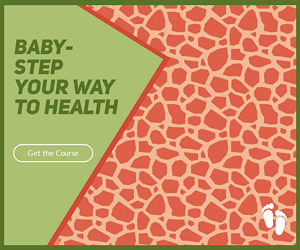